Mr. Stubbs
The World's First Alligator With A Prosthetic Tail​ 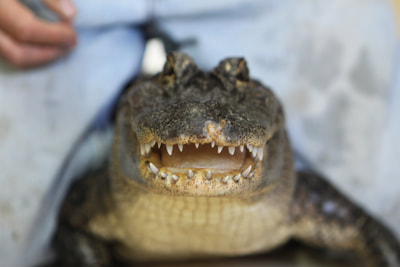 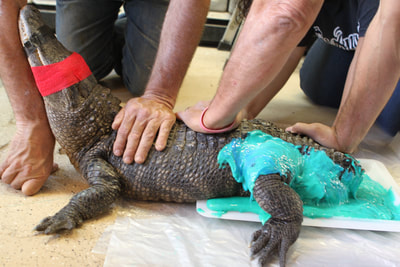 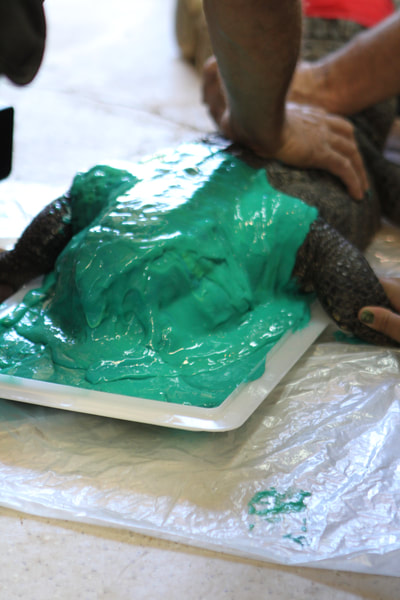 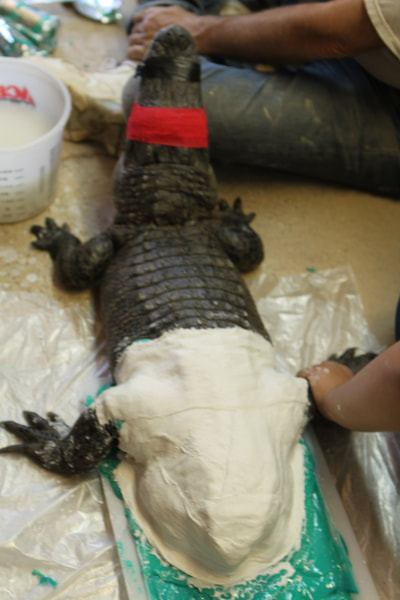 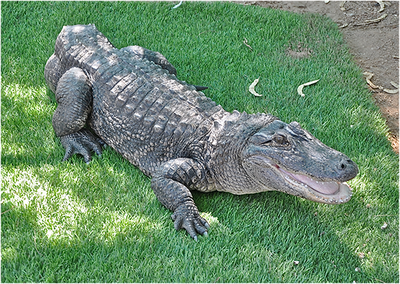 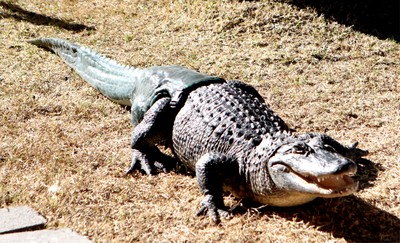 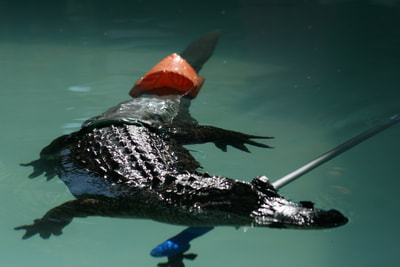 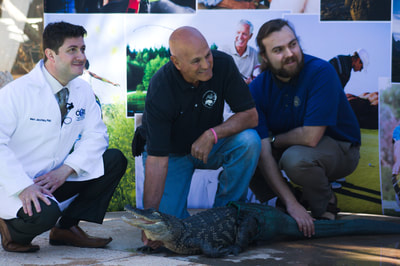 We have followed the story of Mr. Stubbs for several years now. It is an incredible story of survival and success.

For those who have not heard of Mr. Stubbs, he is a 12 year old American alligator that was illegally held with 31 other alligators by a man in California. He was missing his tail. He was rescued by Phoenix Herpetological Society in Scottsdale, Arizona. Based on x-ray observations, it was determined that trauma had been induced most likely from a larger alligator in the group. Mr. Stubbs has spent most of his life tailless which is a serious injury for an alligator. Crocodilian tails are their primary means of propulsion. It also stabilizes them on land and stores vital nutrients that help them survive in wintertime.

Mr. Stubbs had lived at PHS for years when his "Guardian Angel," Dr. Marc Jacofsky, met him. After that meeting, Mr. Stubbs' life would change drastically with the making of the very first prosthetic tail for an alligator.
​To read his story (A “TAIL” OF A TALE) in full click here.

We would like to thank Phoenix Herpetological Society for permission to share Mr. Stubbs' story and pictures. We are planning to visit Mr. Stubbs in the near future.
​
​To see more click links below.

We love it when people contact us through our website. Another thing we love is when people share with us what they name a particular alligator. What we love even more is when we actually meet these people when we’re out visiting habitats! I’ve known Beau since 2010 and anyone who knows me, knows this is my favorite gator! To meet someone who has known him for more than 17 years was definitely exciting. Angela Willis lives near Beau and checks on him every single day (sometimes twice a day)! She has always called him Larry, but since visiting our website she has started calling him “L.B.” (Larry/Beau). We are very happy she shared her video of Beau bellowing with us. We have spent countless hours with him and this is something we have always hoped to witness. Thanks Angela!
You can see contributed videos, as well as ours on our YouTube channel.
Photos Courtesy of Tina Vucci Photography
Photos Courtesy of Angela & Holly
Photos Courtesy of Alicia Salkill Photography
Photos Courtesy of Jon